Congratulations to Riverside High School for being named a Speech School of Honor at the National Speech and Debate Association Tournament. The tournament is the largest academic competition in the world, with over 6,000 entries representing 1,350 middle and high schools from the United States and abroad. Only the top 40 speech programs earned the School of Honor award. In addition to this school recognition, Riverside students also achieved individual success at the tournament.

At the diamond coaches’ ceremony, the National Speech and Debate Association presented Jeff Schmauch with his second coach’s diamond. The Association also honored the memory of Logan Jones, a Riverside sophomore who passed away one month ago.

Seniors Ian Chiu and Talia Samard served as captains of the 2018-19 team. Junior Janine D’Souza and Ivana Ramirez will captain the 2019-20 team. 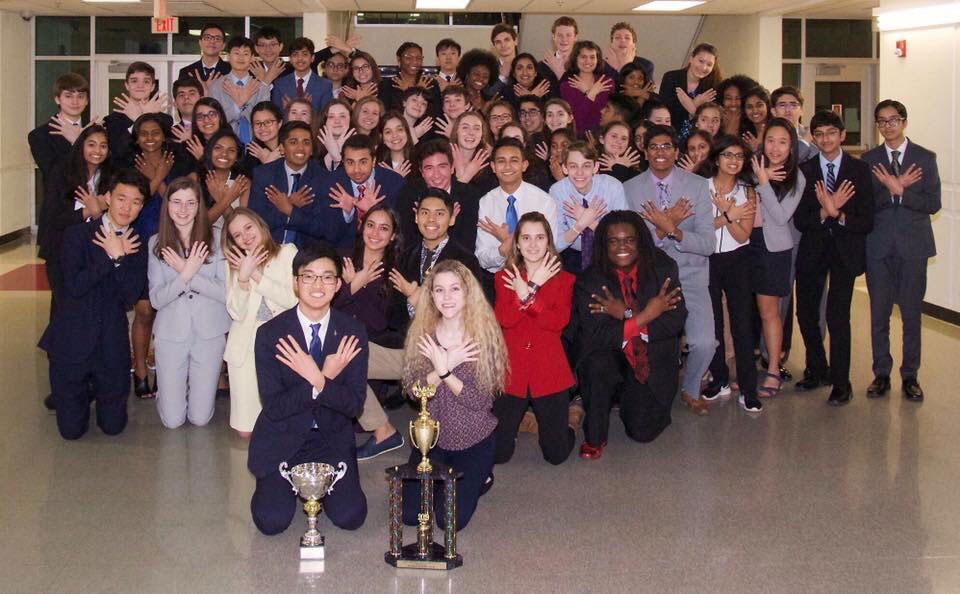