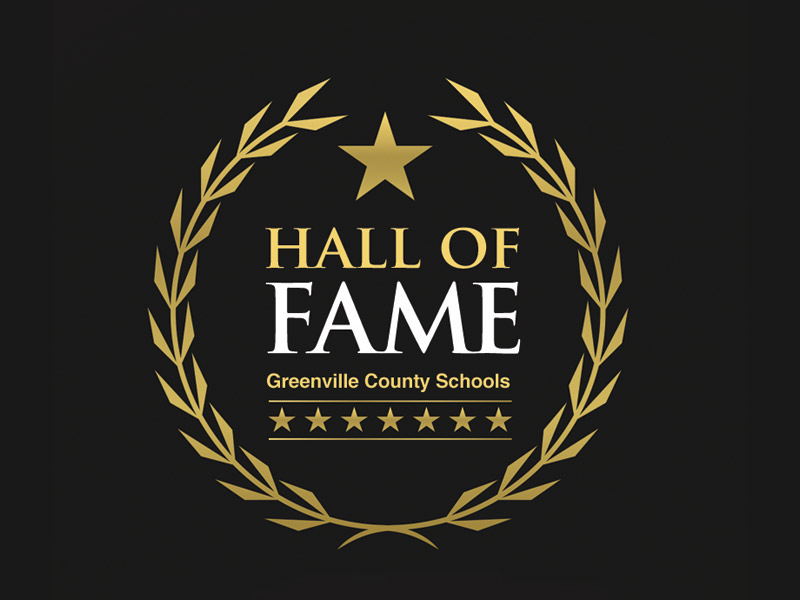 Greenville County Schools is accepting nominations for the GCS Hall of Fame. In addition to nominating someone as an outstanding GCS Graduate, individuals may also submit nominations in a new category for GCS Educators. Nominations for both Hall of Fame categories will be accepted through Wednesday, May 15, 2019.

The Hall of Fame Graduate distinction honors men and women who have graduated from Greenville County Schools and have made substantial or significant contributions at the local, regional, national, or international levels in any appropriate area of endeavor such as, but not limited to, academia and education, arts, athletics, business, media, public service, philanthropy, medicine, military, or science.

The new Hall of Fame GCS Educator distinction honors men and women for their contributions to the profession of education, specifically within the K12 public education sector, and their lasting and positive impact on students. Click here to access the Hall of Fame criteria and nomination forms.

The awards presentation will be held on Thursday, November 21, 2019 at the Greenville Convention Center at a dinner hosted by the Greenville County Schools Foundation. Dinner details will be announced at a future date.

How to Submit a Nomination

For Both Categories, Nomination Must Include:

Five outstanding graduates were inducted into the GCS Hall of Fame in November. Click on the links below to find out more about these graduates.