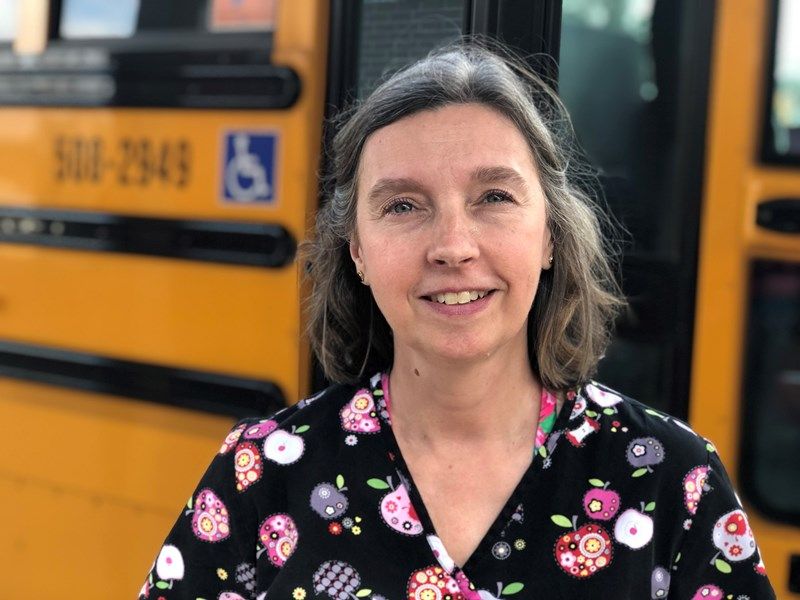 Greenville County Schools employs three nurses who care for medically fragile children on the school bus. The nurses manage medication and provide treatment. Karen Kenyon has been a nurse for thirty years in both a hospital and a school. She loves the bus because of the personal bond she builds with students and their families. “if you are in a hospital setting patients come and go. You don’t get to know the families, you don’t get to know the pets, she says. "We get to know siblings, parents, grandparents, cousins because you are going to their house every morning and every evening. Even though these kids are non-verbal you learn to communicate with them through little sounds. You watch them grow, you watch them progress and how they get excited about things, things you and I take for granted, you can’t help but love them." 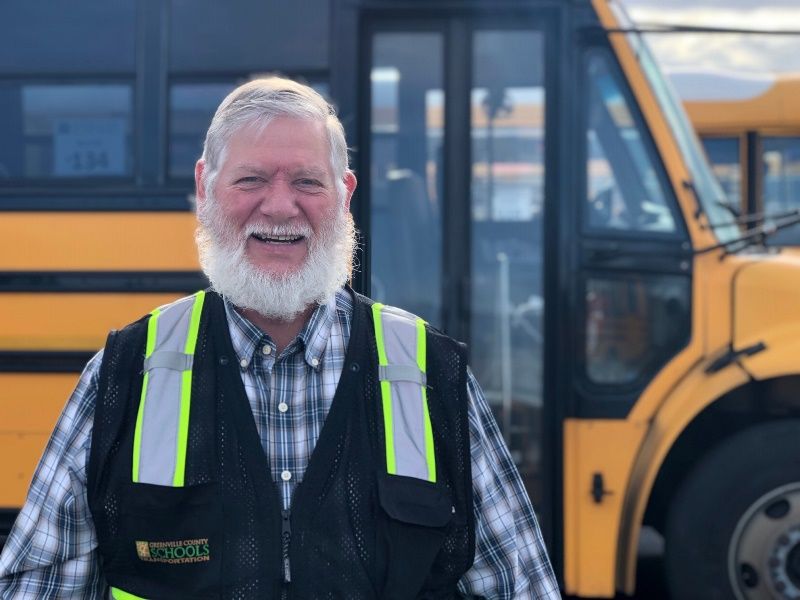 Bill Reeves worked for 35 years as a computer programmer. After he retired, he spent a couple of years driving a truck.  Then his brother, who worked in Bus Transportation in Oconee County, asked him if he had ever considered becoming a school bus driver.

“One reason I decided to become a bus driver was because of the great benefits package,” he said. He’s says he has always been good with math and English, so on their morning drives to school, he quizzes his students on their math homework and spelling words. “They are all special to me,” said Bill. 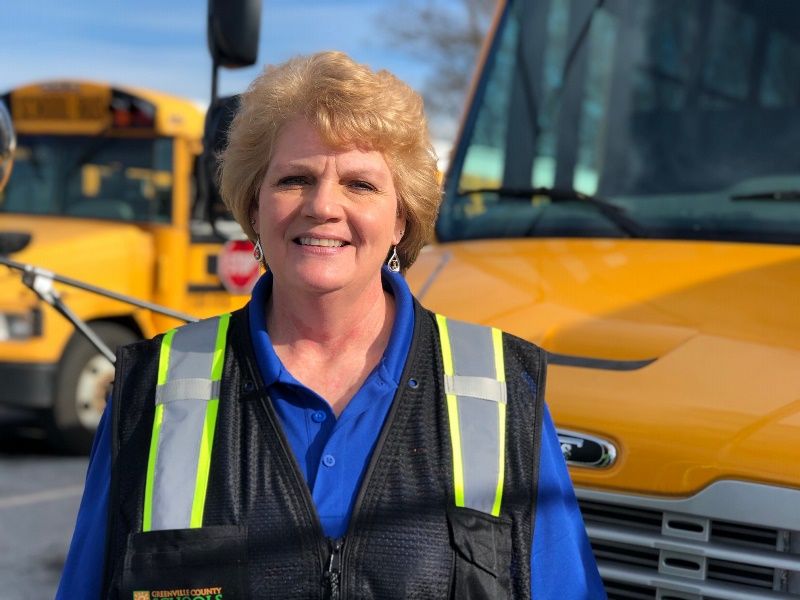 Irene Endrenyi graduated from college with a business degree and began working in property and casualty insurance. She worked long, stressful hours in the Claims Department dealing with angry people. “The other representatives would send their customers to me because they knew I would be able to calm them,” she said.

After having children, she quit working and became a volunteer at Bell’s Crossing Elementary. Irene was at school all the time. She didn’t realize until that time that she wanted to do something to help children.

“My husband kept telling me to drive a bus and I said no, I can’t do that. I can’t drive that big old thing,” she said. “I went to the training and was still a little intimidated about driving the bus. But after two weeks, I decided this is really the best job I’ve ever had.”

Irene loves her job and loves the children that ride her bus. “I tell them all the time my goal is to keep them safe and to keep them out of trouble. I make sure I know everybody’s name, and I’ve got about 100 kids in all,” she said. “I’m an outdoors person and it’s great to see the sun rise every morning. It’s a little bit freeing for me. I’m not stuck in an office anymore.”