The Diminished and the Exalted

Kaitlyn Sage Patterson, author of two young adult fantasy books, recently visited with students in McKenzie Gribble’s Creative Writing class at Hillcrest High. Her books, The Diminished and The Exalted, tell the story of Vi and Bo, both

born into a post-cataclysmic, earth-like world.

“The Diminished is about a world where everyone is a twin,” explained Patterson. “The second book, The Exalted, is the sequel. It follows the two main characters as they try to solve the problems that came up in the first book.”

Gribble invited Mrs. Patterson to talk to her creative writing classes so they could gain real-world knowledge about what it takes to become a published author. “I'm inviting more experts and community members to my classroom this year. It’s important that students see the connection between what they learn in school and how these skills can lead to a career later in life.” 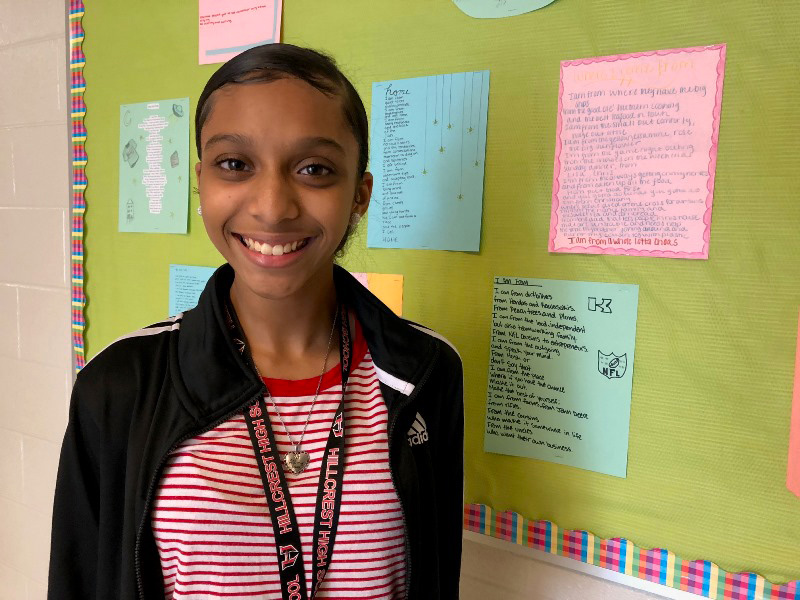 Patterson’s journey to becoming a published author began when she was a child who always had her nose in a book. She dreamed of writing poetry but after earning a Master’s of Fine Arts degree, she decided to start writing a young adult fantasy novel.

Patterson told students she spends a great deal of time before writing a book doing what she calls World Building.  “I start with a box of mac and cheese. I throw the noodles on a piece of paper and outline them, building continents and islands,” she said. “You have to know where the landforms are. You need to add mountain ranges and rivers, and then you name it so you know where your work is starting.”

Hillcrest High freshman Mia Carter was impressed with Patterson and her message. “I really like her comment about not giving up,” said Mia. “I come to class and read my story and people like it. But when people have comments, I’m not the best at taking criticism. Their comments help me understand why it’s really important to edit your work.”