The following is a summary of what happened at Tanglewood Middle School on Thursday, March 31, 2022. While we believe an accurate account of what happened is needed for our community, we also want readers to know what is described below since many are still processing the trauma of the event.

At approximately 12:26 pm on Thursday, March 31, 2022, Greenville County Schools received reports of shots fired inside the building at Tanglewood Middle School. At that point, the school resource officer had already responded and called for back-up, and the Tanglewood administration and staff had immediately activated the district’s emergency response plan. Multiple law enforcement agencies, along with the appropriate district personnel, responded at the scene. One student victim was transported to the hospital. Staff and students followed protocols of the district’s emergency response plan while law enforcement secured the building and the surrounding campus. Following the shooting, the student suspect immediately fled the school. Law enforcement found the suspect hiding outside of a nearby home, and a handgun was recovered.

That evening, it was announced that the student victim, who was later confirmed to be Jamari Cortez Bonaparte Jackson, had passed away. Greenville County Schools released statements of condolences for the family of the victim.

While the motive is still under investigation, law enforcement has confirmed that the victim and the suspect were familiar with one another, and they are confident that the incident was isolated.

This is a horrific tragedy, and the Tanglewood school community and the entire Greenville County Schools community is still reeling from the shock and hurting from the trauma and loss that occurred. Tanglewood and the district have extended offers of support to the victim’s family. Greenville County Schools is providing multiple types of direct support to the Tanglewood students and staff, including counseling and other mental health services through the district’s After Care Team. The district is also supporting all of our schools and students as they process what happened and as they need to be reassured that our top priority is their safety each and every day.

We want to express our deepest appreciation to the administration, staff and students at Tanglewood, Sheriff Hobart Lewis, the Greenville County Sheriff’s Office, EMS, and the multiple local, state and federal law enforcement agencies who all responded rapidly in accord with our emergency response plan. We also thank Brookwood Church for their willingness to serve the community as the reunification site for students and their parents and their effectiveness at responding to this crisis.

This information was updated as of April 3, 2022 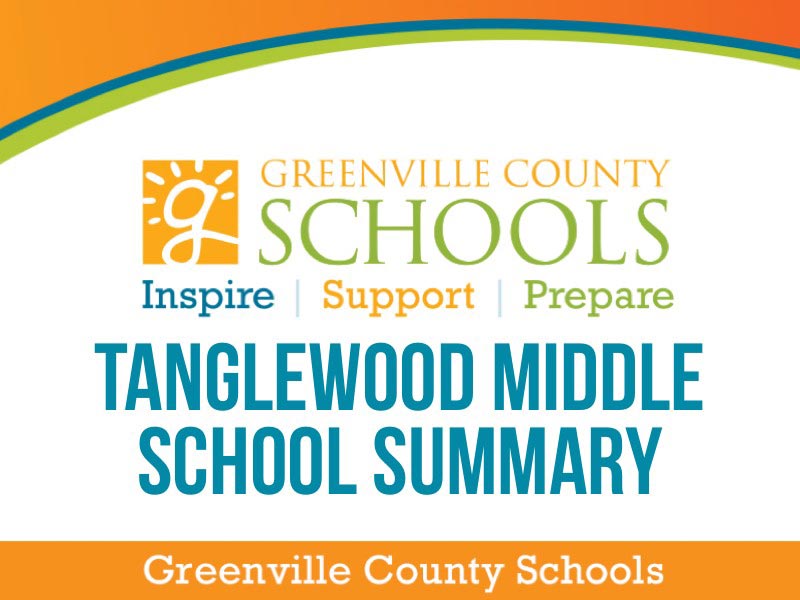