Greer Middle School is among five schools in South Carolina School whose School Improvement Councils (SICs) have been named statewide 2022 award finalists for their accomplishments in parent and civic engagement within their school communities.

In alphabetical order, this year’s Riley Award finalists are:

“Congratulations to these SICs on this recognition of their outstanding efforts on behalf of their schools and students,” said SC-SIC Board of Trustees Chair Robert Grant. “Their achievement is evidence of the meaningful impact that parents, educators, students, and community members can make when they work collaboratively on shared goals.”

The winner of this year’s Riley Award will be selected from this year’s finalists by an independent panel of reviewers and announced during a virtual award ceremony in April. 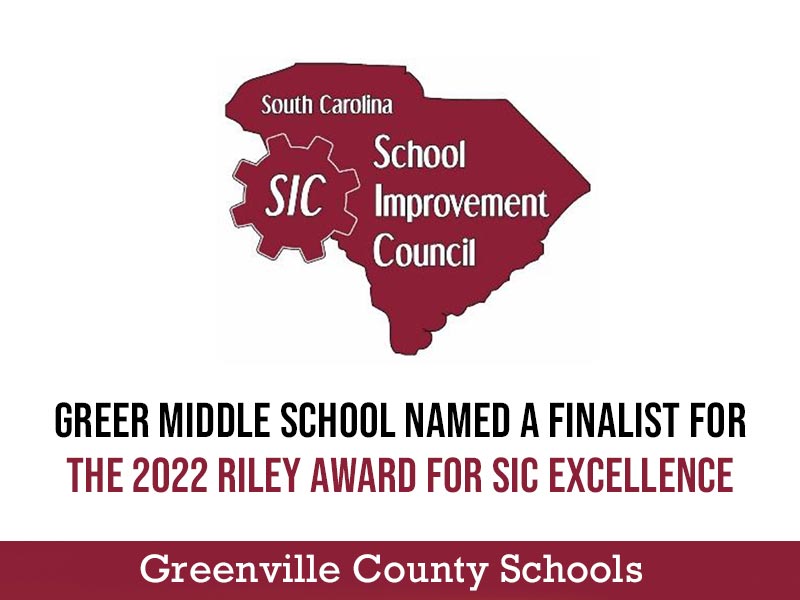