Kennedy, a fourth-grade teacher at Buena Vista Elementary School, and Taylor, a fifth-grade teacher at Fork Shoals School, both earned bachelor’s degrees in elementary education from Furman University in May of last year. They each received a $1,500 award during a special ceremony on April 20.

A committee of Furman faculty, along with school administrators and mentor teachers who worked closely with award nominees, used three main criteria in selecting this year’s Childers Award winners: love of content, love of teaching, and love of student.

“Langdon and Barrett are dedicated and exemplary teachers,” said Dr. Nelly Hecker, Education Professor and Department Chair. “They not only care for their students’ growth and well-being, but also engage them in enthusiastically presented, well-developed lessons. We are proud to honor their accomplishments as both teachers and Furman graduates.”

The award for first-year teachers was established in 2009 by Marybeth Bunting Childers, an education major at Furman who founded two schools and was named North Carolina Teacher of the Year, and her husband, Alfred Childers, a former member of Furman’s Board of Trustees. 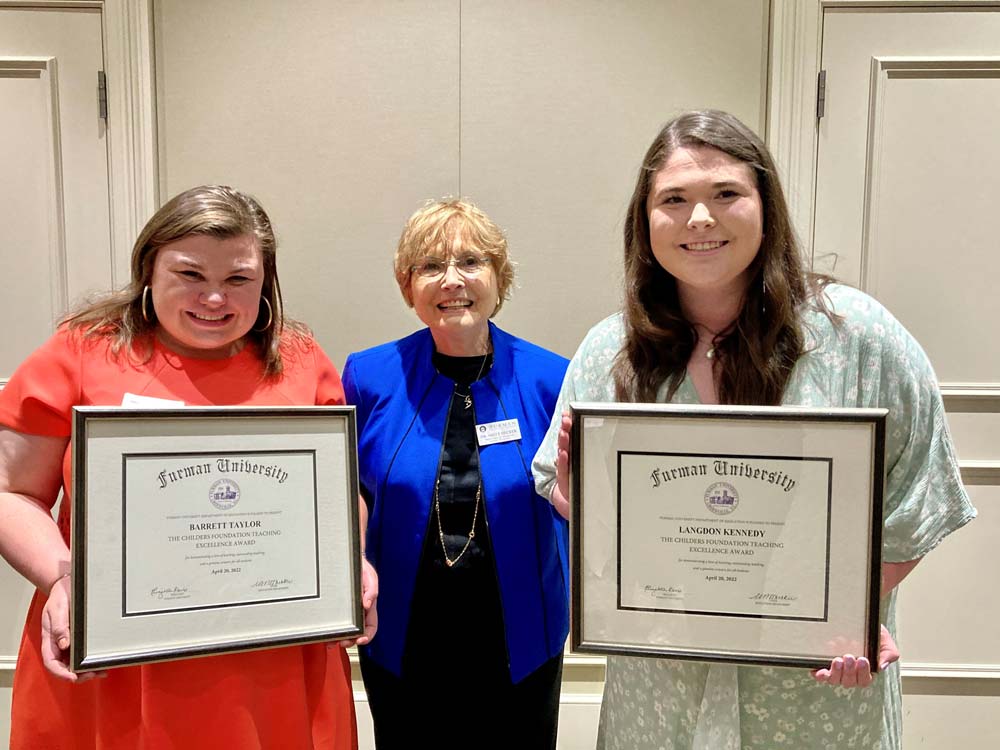