So, whether you're an avid golfer or just want to support Roper Mountain Science Center, there are several opportunities to get in on the action at this year's tournament, listed below.

Volunteers typically work a 6-hour shift one (or more) of the tournament days. You may choose when and where you work, plus which job you would like on a first-come, first-register basis. Most positions do not require golf acumen to do. The cost to volunteer is $40, which covers your volunteer polo shirt, headwear, volunteer credential, guest credential, food and beverages during volunteer days, and more. Roper Mountain will receive $20 for each person who volunteers and chooses us as their beneficiary. Register online (be sure to select Roper Mountain Science Center).

Enter the Birdies For Charity contest where all proceeds come back to Roper Mountain! Simply make a one-time flat donation OR pledge one cent or more per birdie to guess the number of birdies that will be made by the Web.com Tour Pros during the tournament. A grand prize of an outing for four people to the BMW Performance Center and a one-month lease of a BMW X5 will be awarded to the individual who guesses the correct number. If Roper Mountain has the most designated funds from this contest, the tournament will donate an additional $3,000 to us. to make your pledge today! Make your pledge. 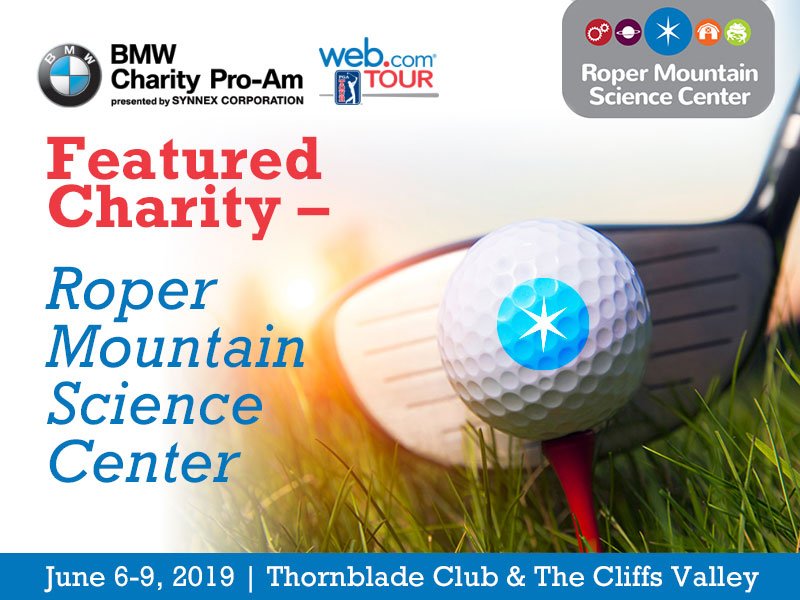 And, don't forget in addition to all of the golfers, there are a number of great celebrities participating as well that you'll be able to see first-hand: