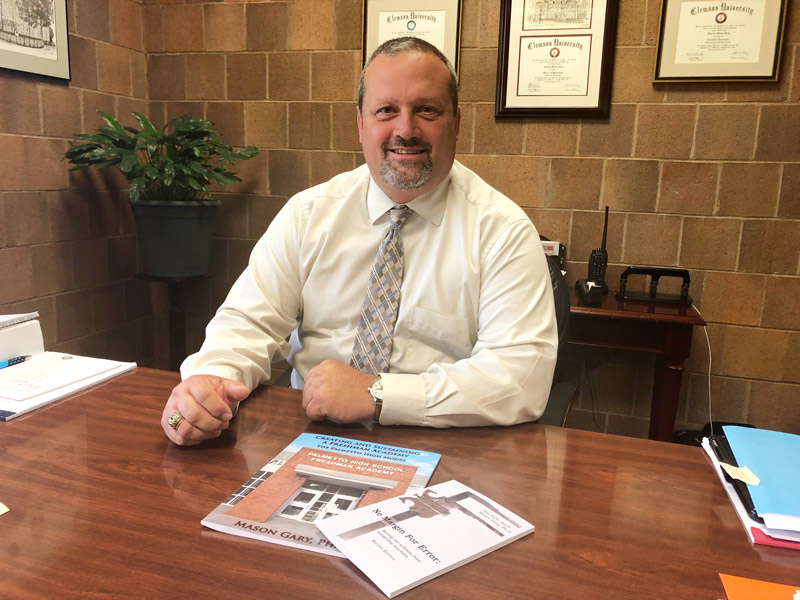 Dr. Mason Gary, Deputy Superintendent for Greenville County Schools, will soon publish his second book focusing on improving public schools. The book, entitled Creating and Sustaining a Freshman Academy, tells the story of how, as principal of Palmetto High School in Anderson District 1, he worked with his freshman-level teachers to build South Carolina’s first and the nation’s second Freshman Academy for incoming ninth graders.

In the early 2000s, Palmetto High School was only graduating about 64 percent of its students. “So we started looking at the reasons, and it came back to ninth grade failure, usually physical science,” said Dr. Gary. Typically, if a student fails a grade twice he or she will drop out of school.

“We had a physical science teacher who was dead-set against the Freshman Academy,” Gary explained. “After agreeing to participate for one year, she became a firm supporter of the program. She began to realize that you don’t teach physical science, you teach students.”

The basic structure of a Freshman Academy is ‘the heart of an elementary school, the schedule of a middle school, and the curriculum of a high school,’ according to Dr. Gary. “We put teachers in there who wanted to be there. I had more students at graduation come back to thank their ninth grade teachers because of the relationships that were built in ninth grade.”

Dr. Gary also co-authored, with Dr. Don Fuhr, a book entitled, No Margin for Error: Saving Our Schools from Borderline Teachers. The book focuses on how to deal with marginal teachers and steps to help them get back on track.