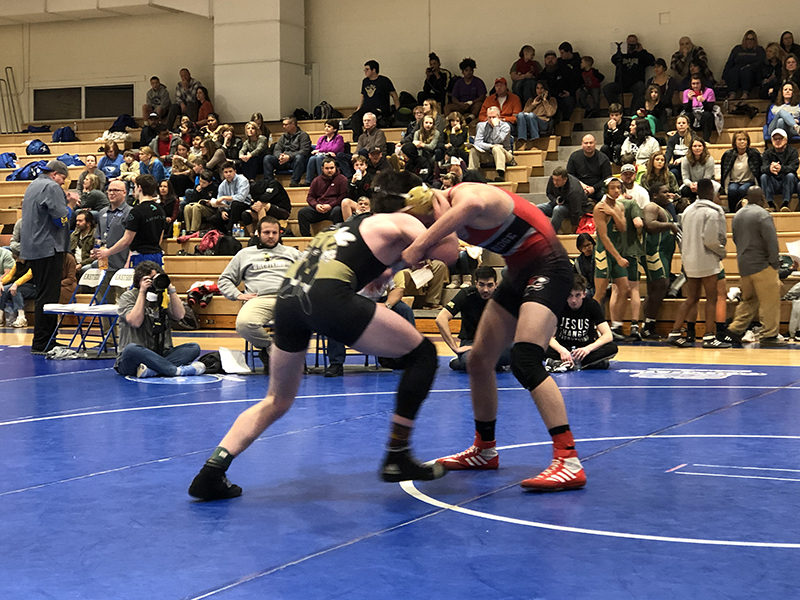 The 2019 South Carolina High School League Wrestling Playoffs open on Saturday, February 2nd.  Three-time defending state champion Eastside once again enters as a top seed and one of the favorites to win it all in Class AAAA.  Jordan White is a 3-time individual state champion and looks to go 4 for 4.  He entered the year as the #1 ranked wrestler at 120 lbs and looks to win a state title at 126.  He has already won titles at 106, 113 and is the defending champ at 120.  Riley Augustine won state at 126 last year and enters the playoffs as the top ranked 4A wrestler at 138 this season.  Chase Barnes won a title at 182 last year.  Wrestling at 195 he is currently ranked 2nd in the state.  Ryan Augustine (160), Bryson Ethington (152), Ben Maholtz (145) and Tucker Allen (132) are all ranked at the top of their weight class for the Eagles.  Eastside opens their 1st and 2nd round pod with a bye and will face the winner of York and Ridgeview on Saturday.

Travelers Rest enters the playoffs as a 2-seed in a pod with Pickens and Dreher.  The Devildogs will face Pickens first with the winner advancing to face Dreher at Dreher High.  Zeebo Riley (170) and Gary Holmes (220) are ranked at the top of their weight class.  The Devildogs also expect strong performances from Kodie Hughes (182), Bryson McIees (138) and Toby Foster (126), all ranked near the top of their classifications.

Blue Ridge will wrestle at South Pointe where they will face Walhalla to open the pod.  Michael Kemp enters as the top ranked wrestler at 195.  Greer will travel to BHP where they will open up with Lancaster.

In Class AAAAA, Woodmont grabs the top seed out of Region I.  The Wildcats are lead by Garrett Starks, the top ranked wrestler at 152.  Jake Fernicola (220) and Thomas Schock (145) are also among the top wrestlers in their weight class.  The Wildcats are ranked 20th in Class 5A.  Woodmont will host and open with Gaffney.  The winner will face the winner of Boiling Springs and Fort Mill.

Hillcrest is ranked 2nd in Class AAAAA, but are only a 2-seed behind top seeded Byrnes.  The Rams will travel to Lugoff-Elgin on Saturday.  They will open with Greenwood and the winner will face the winner of Lugoff and Sumter in round 2.  Walker Stephenson finished 2nd at 160 last year and enters the playoffs as the top ranked wrestler at 170 this season.  Michael Shiffer (132) and Treavelle Westfield (113) both finished top three a year ago and are ranked near the top of their weight class this season.

JL Mann will travel to Rock Hill and open with Dorman.  The winner will face off in round 2 versus the winner of Rock Hill and Laurens.  Malik Harvey enters as the Patriots top ranked wrestler at 132.

The playoffs open Saturday with rounds one and two being played at the host site.