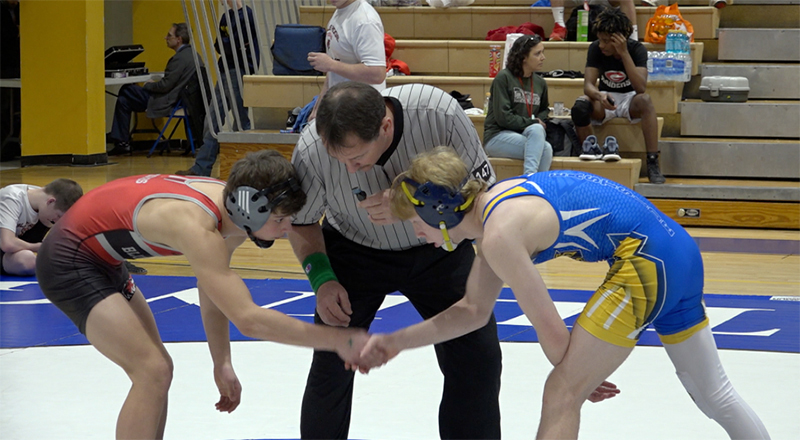 Travelers Rest also grabbed a pair of state championships with Zeiran Riley winning at 170 by Fall.  At 220, Gary Holmes also won by Fall.  Toby Foster scored a 4th place finish for the Devildogs.  Blue Ridge got a pair of 3rd place finishes from Kaleb Horn (160) and Michael Kemp (195).  Kemp defeated Berea's James Brisbane in a 4-1 decision.  Ronald Mackey finished 4th for the Tigers and Greer got a 3rd place finish from Ellison Flores at 170.

In Class 3A, Carolina's Tim Whitley recorded a Fall over Pelion's Will Jeffcoat to claim 3rd place at 220.

Congratulations to all of our wrestlers and our 2019 State Champions on a terrific season!