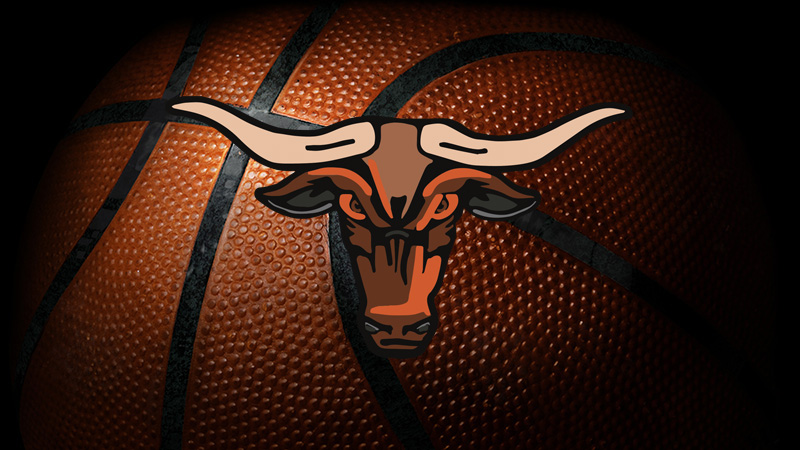 Mauldin hadn't hosted a boys basketball playoff game in over 10 years heading into the 2019 SCHSL 5A playoffs.  After defeating Greenwood at home in the 1st round, Mauldin could've sat back and admired their accomplishment.  Instead they went on the road and knocked off Spring Valley in round two and traveled to Nation Ford to take on Class 5A Player of the Year Zeb Graham and a talented Falcons squad that won Region II-5A.  Mauldin caught a break early as Graham dressed but did not play due to a foot injury suffered Saturday against Wade Hampton.  Still, the Falcons had a lot of fire power and were playing at home for a shot at Upper State.  Mauldin took an early 10-8 lead, but after one Nation Ford held a 15-14 lead as both teams settled into their game.  The Falcons opened the second quarter with an 11-2 run and quickly took a 26-16 lead, which they pushed to 37-26 at the half.  Mauldin would trail by as much as twelve in the 3rd quarter and head to the fourth down ten, 55-45.  Mauldin could've patted itself on the back and been happy to make it this far entering the 4th quarter.  It would've been quite the season for a team that had only won 21 games over the previous three seasons.  Instead, 4-year Varsity letter winners AJ Jackson and Eric Washington decided they wanted to enjoy this ride a little longer.  Mauldin opened the 4th on a 9-2 run and cut the Falcons lead to three behind Jackson and sophomore Jameson Tucker.  With just over two minutes to play Nation Ford still held a five point lead, 69-64.  Over the next minute and thirty-two seconds Mauldin would outscore the Falcons 8-0 and grab a 72-69 lead.  Clutch free throw shooting down the stretch preserved a 79-75 victory for the Mavericks.  AJ Jackson lead Mauldin with 26 points.  Jameson Tucker chipped in 22 and Eric Washington grabbed 8 rebounds to go with his 15 points.  Mauldin will play at Bon Secours Wellness Arena on Saturday at 6:30 pm for the Upper State title.  In their way will be a familiar foe, region rival and two-time defending state champions, the Dorman Cavaliers.

In Class AAA, Southside entered the playoffs as back to back state champions.  Keenan entered the playoffs as the top ranked team in Class 3A.  The Tigers had to travel to Keenan and the Raiders were ready to unseat the reigning champions.  Keenan grabbed an early 26-17 lead after one and held on to the nine point differential heading to half.  A 3rd quarter run pushed the Raiders lead to 46-31 and Southside was unable to get back into the game, falling 58-37.

In Class AAAA, Greenville traveled to former region foe Wren in a battle of 1-seeds.  JQ Jones put up 6 early points as Greenville grabbed a 20-16 lead after the 1st quarter.  In the second, Jones sat with foul trouble and All-State guard Dorian Williams was drawing all the attention from the Hurricane defenders, so G Quentin Johnson went off.  Johnson poured in 16 of his team high 23 in the 1st half as Greenville held a 38-33 lead at the break.  Wren came out on fire in the 3rd and at the end of three held a 56-53 lead. The Golden Hurricanes pushed the lead to eight two minutes into the fourth when Johnson drained a key 3-pointer to stop the Wren run.  Two minutes later the Red Raiders tied things at 63, setting up a wild final three minutes of basketball.  Dorian Williams found his shot in the second half and hit a huge 3-pointer and ensuing "and 1" to give Greenville a 67-65 lead.  But down the stretch the game would come down to free throws.  Wren made 6 of 6 late and the Raiders hit only 1 of 6 as they fell 71-68.

Also in Class AAAA, Travelers Rest traveled to Columbia for the second time in four days to play the top ranked team and defending state champions in 4A, Ridge View.  The Devildogs had sprung the upset on 3rd ranked AC Flora on Saturday, but no such luck as the Blazers rolled to an 84-54 victory.

On Monday night, Woodmont entered the 3rd round of the girls 5A tournament unbeaten in the regular season and had cruised through the first two rounds.  The Wildcats were stunned early as Sumter raced out to a 14-7 first quarter lead and the Wildcats trailed 25-19 at the break.  But Woodmont had won 23 straight and the girls did not panic.  They opened the 3rd with a run to cut the lead to 27-24 and took a 31-30 lead minutes later.  After three, Woodmont had battled back for a 44-37 lead, but Sumter did not fold.  Down the stretch it was back and forth and midway through the 4th the Gamecocks had regained the lead 48-44.  After Woodmont tied it at 48, Sumter went on a 7-0 run and then nailed their free throws to hold on for a 57-54 victory.

In Class AAA girls, the Southside Tigers entered the season with only one senior on the team.  They started the third round of the playoffs with a sophomore, two freshmen and two 8th graders in the starting lineup against a veteran Emerald team.  For the first time since early in the season, the Tigers youth showed as they struggled to solve the Vikings box-and-1 defense on star 8th grader Anaya Muhammad.  The Vikings jumped out to an 8-0 lead before Destiny Blassingame finally got the Tigers on the board.   Southside seemed to settle down and after one only trailed by two points, 13-11.  In the 2nd and 3rd quarters, Emerald took advantage of their size and experience as they took over the game and grabbed a 33-17 lead at the half and 44-28 after three.  Sophomore Jordan Thompson tried to keep the Tigers in the game and Muhammad finally got free and hit a couple buckets, but it was too little too late as Southside fell 52-34.  The Tigers gained valuable experience and look to be a team to watch for the next few years as they featured seven freshmen and three 8th graders on a team that won the Region II-3A crown with a 7-1 mark.